The cure is in the capsule: carbon monoxide to treat chronic inflammation -- MEDICA - World Forum for Medicine
close
back

The cure is in the capsule: carbon monoxide to treat chronic inflammation

This unusual ally can be extremely valuable in the fight against inflammation in the body: CO (carbon monoxide). As a therapeutic gas, it also promises relief for inflammatory gastrointestinal diseases. Having said that, it is difficult to transport the active ingredient to the exact desired location. This is the launching point for a team of researchers at the University of Würzburg, which develops an innovative capsule. 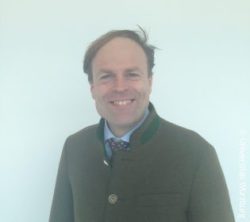 In this MEDICA-tradefair.com interview, Professor Lorenz Meinel describes the structure of the capsule his task force developed, explains the diseases it is intended for and reveals the future plans for a startup company.

Prof. Meinel, your research team is developing a capsule designed to release therapeutic gas expressly in the stomach or intestines. What is this capsule made of?

Prof. Lorenz Meinel: The capsule shell has a membrane that is permeable to gases but contains dissolved substances. Only the therapeutic CO is released this way. Meanwhile, degradation products remain encased and are later eliminated. This makes the system very safe. In the past, it was standard to use processes with a lower safety profile.

How can you ensure that the gas is only released in the stomach or intestines?

Meinel: Researchers have studied so-called CO-releasing molecules (CORM) for many years. They represent a major field of research in chemistry. This typically involves metal complexes with bound CO and consists of a solid in powder form. This type of metal is hazardous. Ruthenium is used, for example, which can be toxic. The primary objective is to deliver CO to the right place in the body. Our capsules have two compartments. One compartment contains an aqueous solution of a solvent, the other contains the powder. Prior to use, the capsule is slightly squeezed, thus piercing the membrane, which separates the two compartments. The solution comes in contact with the metal complex and produces CO. The patient swallows the capsule, which produces the desired gas in the stomach or intestines. Via the inner workings of the capsule, we can control whether the gas is produced in the stomach or intestines.

Inflammatory intestinal disorders are widespread among the population.

What is the effect of the gas?

Meinel: The gas has an anti-inflammatory effect. Our own cells also produce it – especially if there are any inflammatory processes in the body. The anti-inflammatory effects of CO have been known for more than two decades. However, it's essential that it is directly produced in the tissue and doesn't get into the bloodstream. We all know that if CO is absorbed by the lungs, it primarily combines with hemoglobin and prevents the oxygen-carrying capacity of the blood.

Which diseases can be treated with the capsule?

Meinel: We have studied various applications and want to primarily use it to treat diabetic gastroparesis. Many diabetics struggle with the fact that their stomachs are no longer emptying in a regular fashion. The intestinal motility is restricted in this case. This means that partially digested food enters the small intestine in an irregular and delayed fashion. This is strenuous and dangerous for diabetics because they inject insulin at certain times. And although the patients have injected insulin, calories are not converted if foods don't enter the small intestine at the right time. The assumption in the past was that this is a neural issue. However, today we know that this is also an inflammatory disease. Results of mice tests suggest that CO could have a positive effect on diabetic gastroparesis.

That being said, it can also be used to treat sepsis, which also exhibits a strong inflammatory component. Although we don't use our capsule as a treatment in this instance, other scientists have already successfully used CO for this purpose.

What other difficulties and special challenges did you encounter when you developed the capsule shell?

Meinel: Initially, the capsule wasn’t sealed together but we were able to solve this problem. It was also difficult to find the right animal models. We also tested the method for ulcerative colitis. These types of diseases of the gastrointestinal tract are very common in the general population. So far, we have only tested the procedure in mice and not in humans. That would be the next step.

Results in mice suggest that CO could have a positive effect on diabetic gastroparesis.

Have there been further developments based on the same mechanism?

Based on the same system, we also developed a tool that looks like a light stick. The idea is to use it to facilitate prolonged transplant transportation. Again, unwanted byproducts from the active ingredient were a problem. Now, all components also remain inside the capsule in this application and only the gas enters the solution in which the transplant is transported.

Is there a group of patients that could particularly benefit from this type of capsule?

Meinel: I would primarily refer to patients who suffer from diabetic gastroparesis. As I have mentioned earlier, we have already tested the capsule for this application. It might also be used for other inflammatory bowel diseases in the future.

The idea is for the project to eventually lead to a startup in the future. What are your plans in this regard?

Meinel: We have won the Medical Valley Award, which is valid for two years and includes an endowment of 500,000 euros. We now want to assemble a team that advances the development of the capsule. We also plan to start a company within two years. It is meant to be a medical device company. This means we only produce the capsule and the light stick in this venue. A pharmaceutical company can then use these medical devices to embark on the actual drug development.

The interview was conducted by Julia Unverzagt and translated from German by Elena O'Meara.
MEDICA-tradefair.com