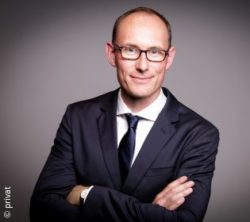 MEDICA MEDICINE + SPORTS CONFERENCE (MMSC) will take place for the 8th time as part of MEDICA from 18 to 19 November 2020 in Düsseldorf. The conference brings together internationally renowned sports physicians, sports scientists, visionaries, physiotherapists, sports technologies and experts for an interdisciplinary dialogue on innovative approaches in prevention, regeneration and rehabilitation in top-class sports and health sports.
Learn more about 8th MMSC here